Welcome to my little guide on escaping the school with a script case
Note: This guide is based on personal experience.
I use these routes with escaping and had no problems so far, some routes may be common, other may not.
These routes are usually the fastest and safest ones for me.

So you found the library in Scholars!, the first thing you never do is: NEVER STAND RIGHT INFRONT OF IT.
Be clever and stand on the side of the house, ( you can collect your script with clicking trough the wall ) 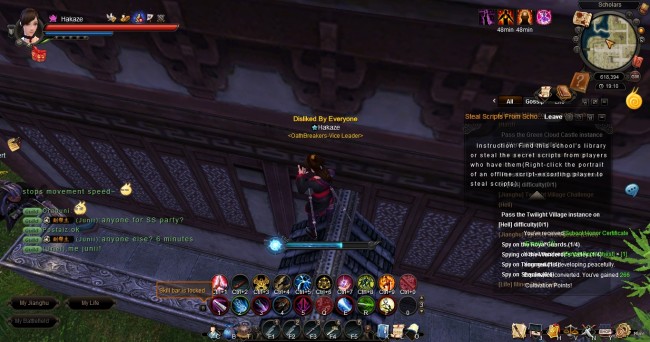 —–
Jump on the roof just like the one in the screenshot and keep walking toward the end of the roof.
and jump on the little wall. 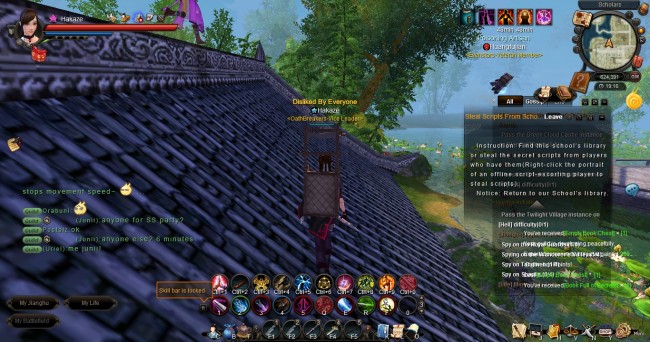 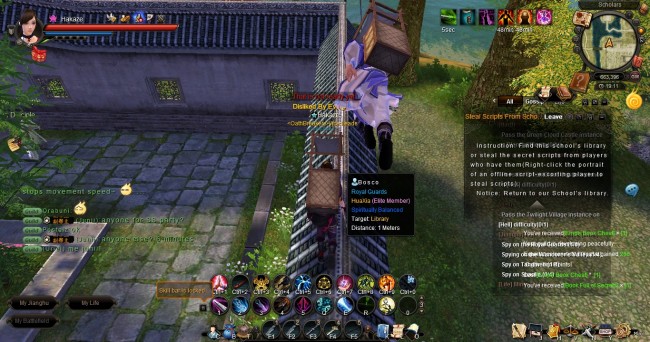 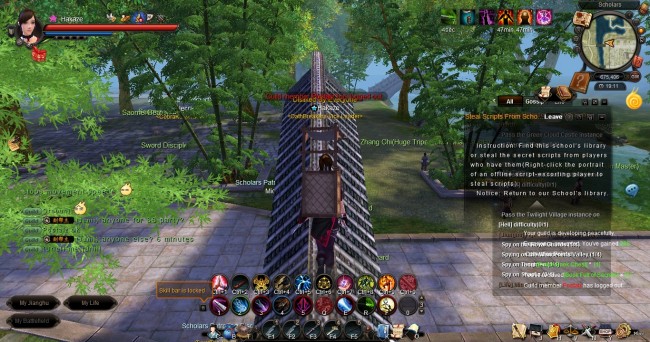 ^ That’s the little wall I meant, keep following the shape of the wall untill you reach another roof where you jump onto. 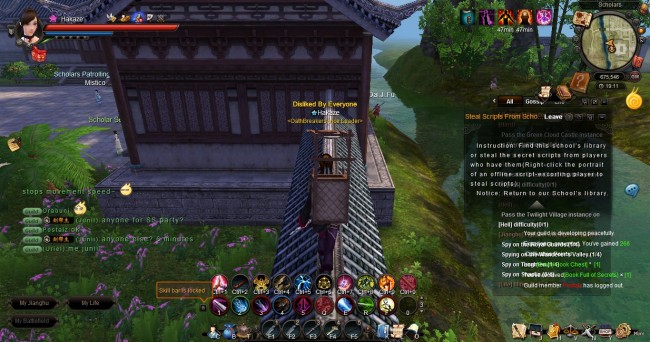 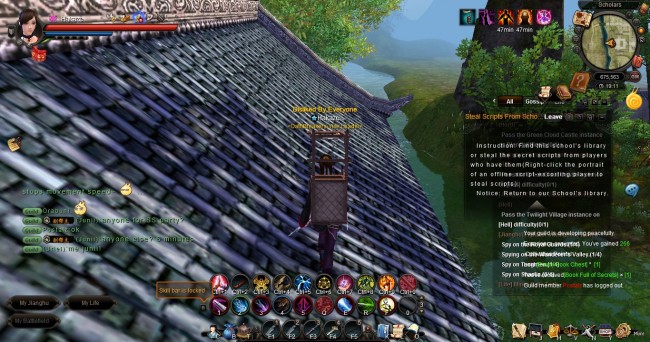 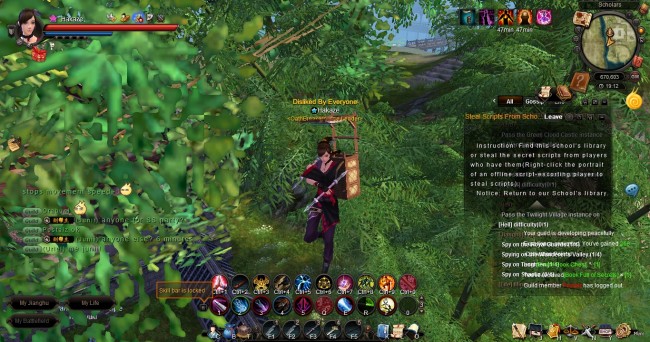 This is the part where you (finally) jump off the little long wall!, make sure you run up the hill here. 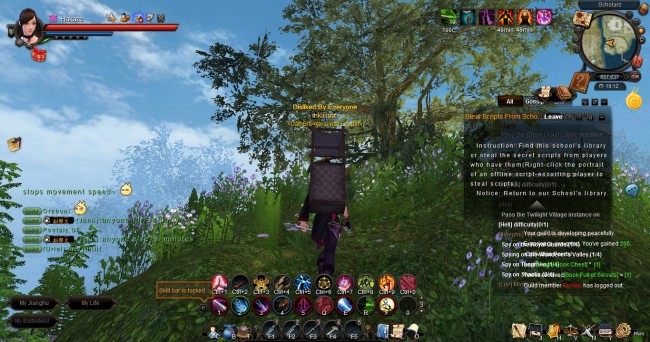 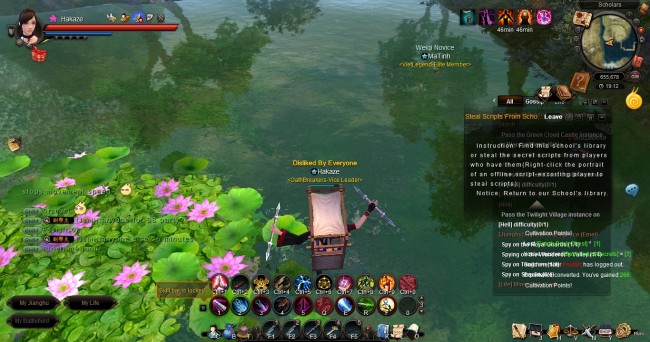 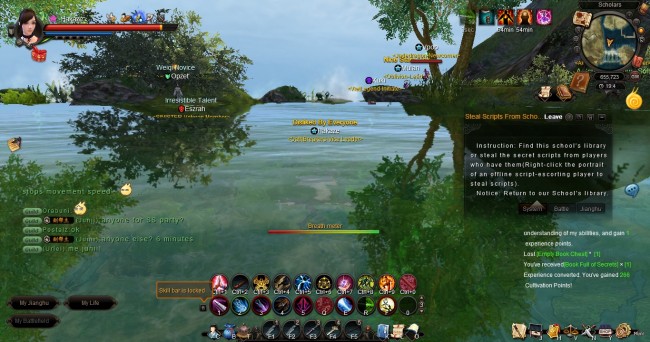 This is the part you’ve just jumped:
Mini tutorial:
When you’re in the air, Use one jump across and right after the shortest parry buff you have then use another jump across and repeat the process causing you to stay in the air much longer than others.
This technique is usefull for falling slowly so you don’t die on a cliff HURRDURR. 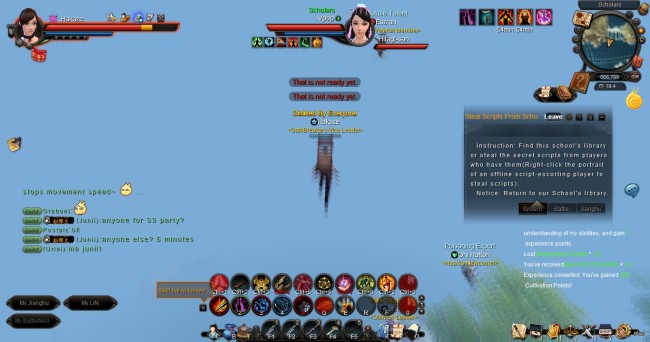 The moment you run out of flying energy to dash in the air with jump across the clouds is the moment you spam klik your shortest parry buff, or just drop in the laker since there’s water and that breaks your fall.
Swim to the shore as shown here: 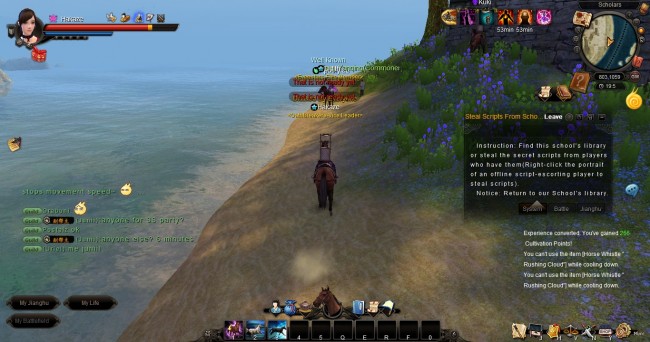 Call your horse and hurry to the stage coach! (During the first run there’s little to no chance that people will wait for you there so it’s pretty safe to take the stage coach then)

(Might there be people evade them and use the horse his best speed buff when you’re a few meters away from the portal and you’ll make it out.)

The end, Turn your script case in at your school’s Librarian and enjoy your new skill!.