Money making is an essential part of the game for any 4Story player who aspires to be successful; you cannot hope to gain reasonable armour and a decent weapon through any way other method (except creating your own of course). Throughout this guide, I will try to summarise the main money making methods. although I only go through the basics.

To make money, you have to loot the monsters that you kill (of course!). This is the first way to make some money, particularly at a low level. Clicking a monster that still has items to loot and successfully looting them can be easily done by simply pressing ‘x’ followed by ‘z’. When you loot too many items to hold, you will get this message: 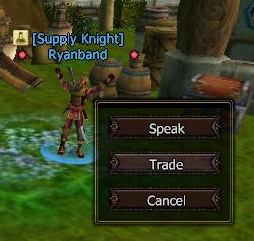 Once this is done, you can simply double click the item you wish to sell and either click “yes” or press ‘enter’ to the pop up message asking whether or not you would like the sell that item.

This method may seem fairly basic but once you get your first AoE you can earn money fairly quick.

You may have saw the acronym AoE mentioned but are confused as to what it means; so let me enlighten you. AoE stands for Area of Effect and allows you to attack multiple monsters at once; resulting in more experience and money. Using an AoE to kill multiple monsters (especially if you wish to earn money) can be called farming. Farming is usually done with physical monsters (those which do not attack from a distance).

The main AoEs (most if not all classes can have more than one) are as follows:
Archer – Rain of Arrows
Evocator – Mana Storm
Magician – Ice Rain
Nightwalker – Poison Aura
Priest – Shadow Thunderstorm
Warrior (in attack mode) – Battle Cry
Warrior (in defence mode) – Hell whirl

Although not the best method for gaining money, farming in documents is a good way to earn a shared amount of experience and money. A document invitation can be either farmed from monsters in normal areas, or bought from specific NPCs with either money or AP. You can enter documents through an appropriate portal. As mentioned before, the best areas for farming are those which have monsters which all use physical attacks. Simply use the ‘x’-‘z’ method mentioned earlier and sell it to appropriate NPCs. Repeat this over until you get your desired amount of money (and/or your desired level) or until you go insane seeing the same landscape constantly.

Special documents; Invitation to the Second Battle, Arahur Rampart War Declaration (weak and strong) and Narwashi-Battle War Declaration (Weak and strong) are all documents that allow you to gain quick money yet low experience. They can be bought from appropriate NPCs or gained through opening Goddess’ Tears. These drop items at an increased rate and drop Stone Materials (or mats as they are sometimes called). They also drop more optioned items than normal areas or documents. However, the monsters in these documents have increased life, and so take longer to kill.

Invitation to the Second battle (or Second Battle for short) is a good place to farm for levels 30-50 (depending on your armour, class and weapon). Simply farm an area (perhaps with a desired mat) and leave when your bags are full. I have included a labelled map for anyone who wishes to farm specific materials. 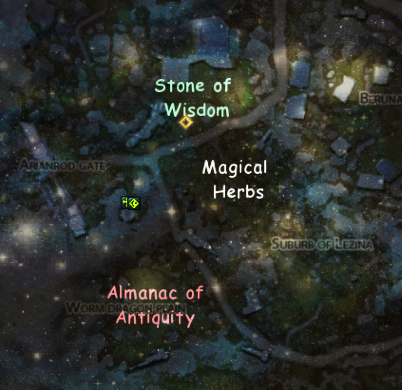 Arahur Rampart War Declaration (or sometimes called Rampart) has better drops than Second Battle falls into two categories; weak and strong. As suggested by the name, Rampart Weak is easier, but has worse drops than Rampart Strong. I would suggest Rampart Weak for levels 45-55 (depending once again on your armour, class and weapon) and Rampart Strong for levels 55-70. Following the usual pattern; loot until your bags are full before returning to your main village to sell. A map of Rampart is included below: 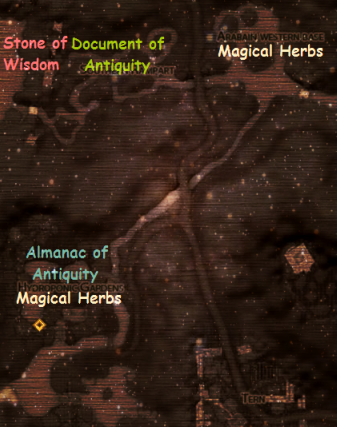 Narwashi-Battle War Declaration (also known as Narwashi) has better drops than Rampart (bet you didn’t expect that!) but and also falls into the two categories of weak and strong. Narwashi monsters are the hardest from all the “special documents” but also the most rewarding. I would suggest Narwashi Weak for levels 65+ and Narwashi Strong for 85+. A map of Narwashi drops has been included below. 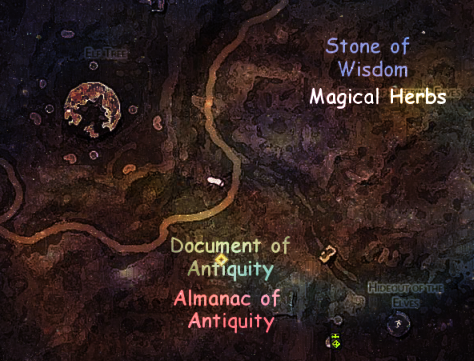 You may have noticed that I mentioned items, but are unsure as to what they are. These items can be useful in making money as they are sometimes highly desired.

Stones are items required when you wish to make PvP weapons (stronger than normal weapons) and are made from the materials you get in the “special docs”. As you can imagine, these will be expensive and will be a nice way to make money. However, not everyone can make them as you can be restricted in many ways.

There are two types of stones: North stones and South stones. North stones require less materials yet are used for weaker PvP weapons and sell for less. To make a stone, you need to be in a guild that won Castle Siege, an event every Sunday that allows you to fight against other guilds. Stones can be made in a room that looks like this:

Once you click the “Alter of the Holy Stone” inside that room, an option of the producing the stone will come up with the included materials and methods to get them. The list below is for the Southern stones:

When you sell these stones, you can make a nice amount of money.

Optioned items are items that are dropped with some additional stats. You know an item has options as it appears with either a blue or yellow outline around it. They sometimes sell for over the normal NPC price, however people often want to buy the better optioned ones. Jewels are perhaps the most common to be sold, however other items can be sold: 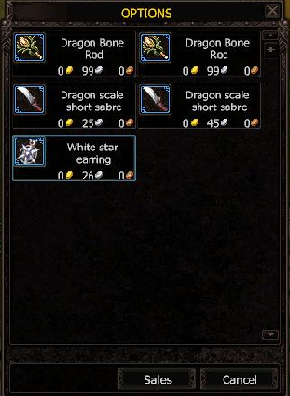 Dungeons are important for many people as the drops from the Aron (the main person within the dungeon who will appear once you complete the dungeon) allow players to add better options to their items. Although all dungeons have drops, I don’t recommend it for money making until you reach dungeon sixty-nine.

Dungeon sixty-nine can be accessed by teleporting to “Rebuilt Elf Village” in Mosalien and running towards the “Dead Elf tree”. Once inside the Dungeon, you must complete a series of quests. I’ve added a numbered guide to help: 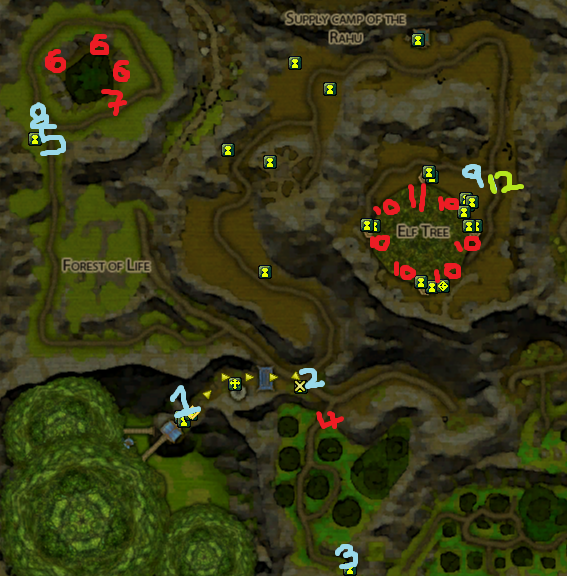 (Red numbers represent where you have to kill something)
This dungeon can be pretty hard when you first begin to enter it so I recommend taking someone with you to help.

Personally, this is my favourite place for money making. This dungeon has two ways you can make money, the first being the obvious of completing the dungeon and getting to Aron (I recommend you take someone with you until you are a higher level). This Aron drops more items you are able to sell and so is probably the better from the two (however some people disagree). This is a fairly basic dungeon to complete. 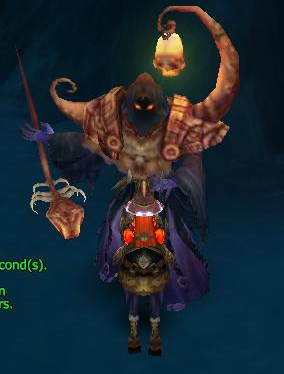 However, in this dungeon there is a second method, the one I personally prefer most. When you first enter the dungeon, there is a huge room filled with monsters that mostly use physical attacks. By farming this room, then leaving the dungeon and entering again to farm, you can create a nice amount of money quickly! 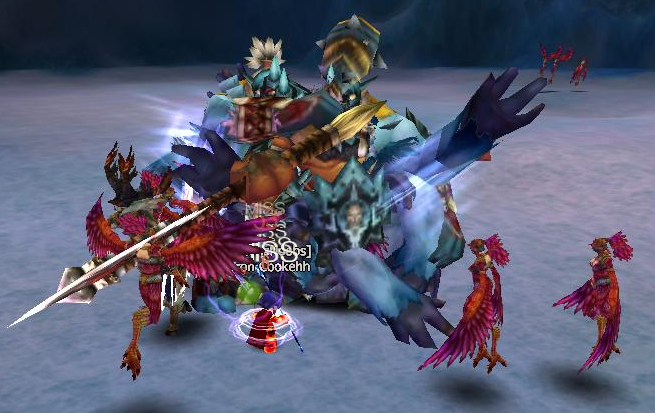 When your bags are full, I recommend jumping off the rock so that you die; then reviving at the monk and selling you items to the “Yeti” beside you. However, if you don’t want to get blackface, you can always run it!

Although I only covered the basic methods, there are many others out there! You just have to experiment and see what method works best for you.