Link to the build here.

What’s this build about? Which skills are prior?

This is a Bruising Punch / Hard as Rock build and may not work for everyone. Recommended for people that were already using my old Fantastic Haymaker build.

What’s the difference between this build here and the over 9000 similar Thing builds?

Not a big difference, except i’m focusing on DAMAGE and AoE passive damage. The idea is having the minimum required survivability to stay alive in solo Red t4’s / superheroic while killing the mobs ASAP.
Many thanks to @DarthLampe for the thorn build idea and discussion here.

Instead you will use Bruising Punch (it procs an extra damage debuff). I’m using it as my main basic attack.

-Healthpool increased by 10 or 20% (not sure yet about the exact number).

–Clobberin’ time They increased total damage bonus and added a fix cd of 30 seconds to the skill. The cd could be bypassed, making it 100% uptime if you attain rank 30 now (@MichaelMayhem said it’s a bug, should be fine with just 20 points). It’s now displaying haste and attack speed bonus and providing defense rating. The Tenacity Bonus isn’t showing up or was removed. 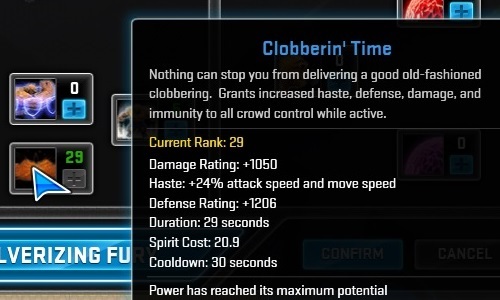 –Center of Attention damage buff increases your damage by 700 or more at higher levels. MUST HAVE

–Jagged Defender damage buff increases the damage enemies that hit you by 700 or more at higher levels and slow and weaken enemies.

–Yancy Street Taunt and Bold Challenge aren’t worthy spent points, except for the Center of Attention passive buff. 1 point in one of them is enough, no points with grant+ is optimal

–Hard as Rock passive tenacity bonus is required since they removed the hidden Tenacity bonus from Clobberin’ time. Also it grant Defensive Rating which is a HUGE plus to survivability.

–Rockslide Charge still doing subpar damage but now it grants a nice short time movement speed buff. With the Crashing Leap change to a cd based skill it becames the sole movement skill for Thing 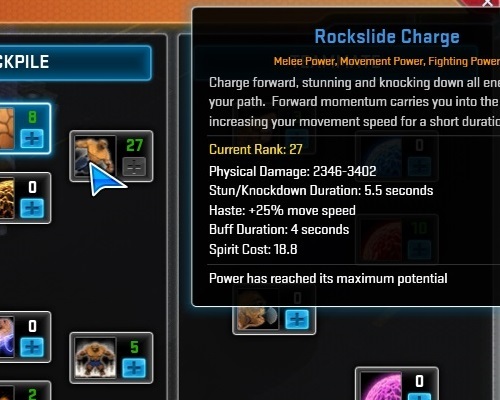 –Backhand Smash still not my favourite, too slow, short range and damage is subpar. The additional damage seems great in plan but didn’t work. Imho devs seems to completely ignore the feedback from Colossus forum as they repeat the same mistake they made with his knockdown synergy damage and how it didn’t work on live (too slow to make the chain combo).

–Directed Shockwave still has the animation that locks you in place, can’t cast anything else which is pretty bad. You can try a combination of Ground Smash / Directed Shockwave and Crashing Leap for a strong AoE build, but both are spirit depleting and makes you animation-locked. The range and travel speed of the skill was greatly improved tho, making it utility. I wouldn’t recommend using, except for leveling and have fun in MM.. 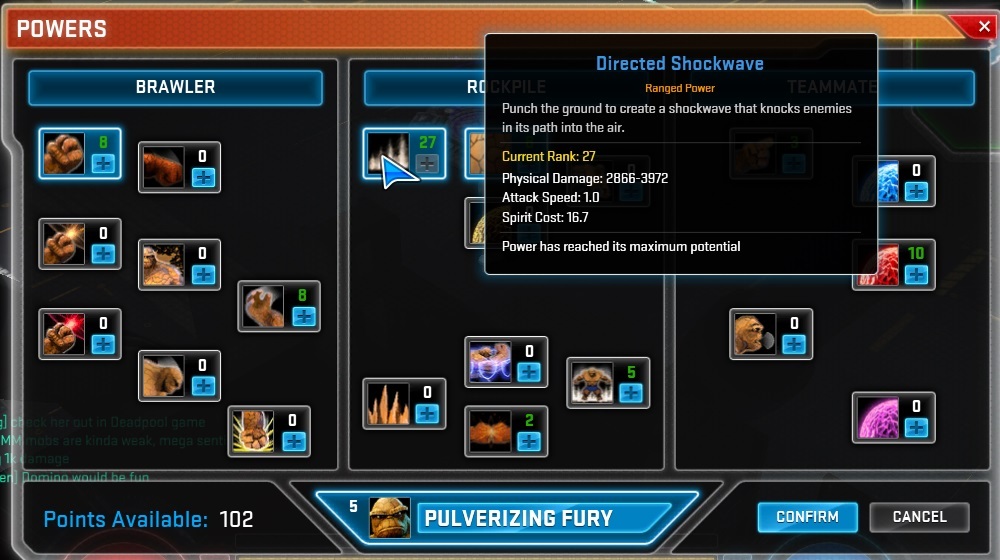 –Ground Smash damage increased and pretty decent now, but still, it’s optional and not really required if you are playing a Thorns build (Check the new gameplay vid below). Spent 1 point for utility use.

–Bash still too slow to be usefull. Damage is decent tho. 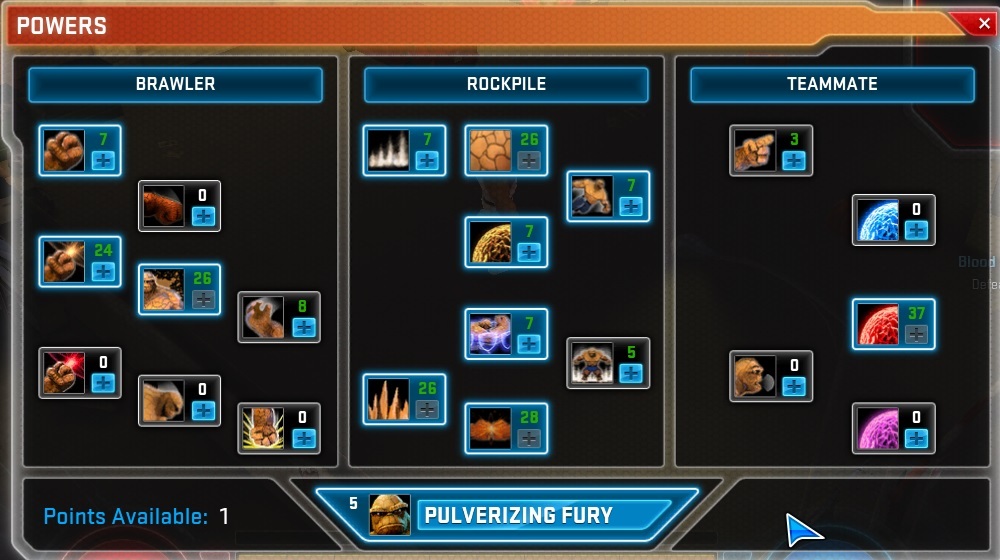 *If you use headphones i suggest lower the sound volume, i’ll upload another video later with better audio. sorry about that