Disclaimer: I have actually never achieved 900 combos due to the fact that my screen would freeze in the 800s but since I made it to 828, I believe I would’ve been able to make it to 900.

We all know that being a swordsman, it is really hard to do combo because of our small range, well this can help fix that; keyword:CAN.
I cannot stress this enough, this guide will only work for 48 or less because past level 48, the monsters are too strong to 1 hit kill.

Basic Rules of Combo
-You have a time limit for getting combos.
-After every 100 combo, the time limit will lower to reach almost half a second to a second.
-The monsters you kills must be at least 10 levels in your range.
-Combo buff starts out at 5% at 50 mobs than 10% at 100 mobs. After that, it will increase at a rate of 5% per 100 mobs.
-The Slash Extension Scrolls increases the duration of the buff.

Location
-This is the most important factor in getting the combo. YOU MUST FIND A GROUP OF 4 OR MORE MOBS THAT YOU CAN 1 HIT KILL.
-For people around lv 45-48, I would choose the Great Ship Hold Area. Bottom of the map, there should be around 3 groups of 4 crabs, choose one. STAY WITH THAT GROUP, if you try to move to a different one, you will lose your combo.
Examples: 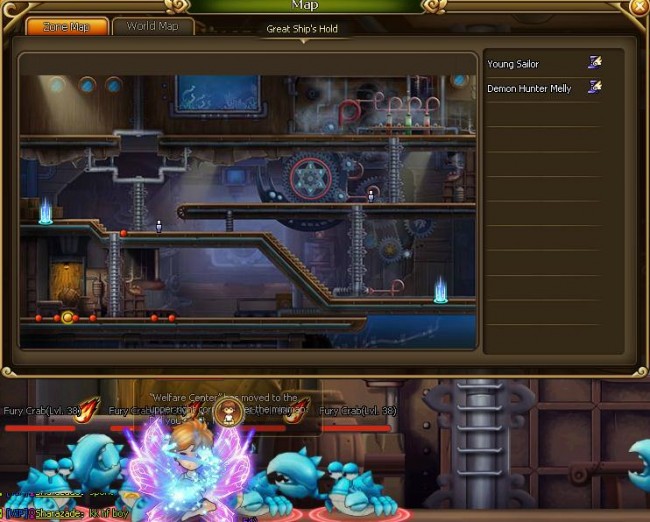 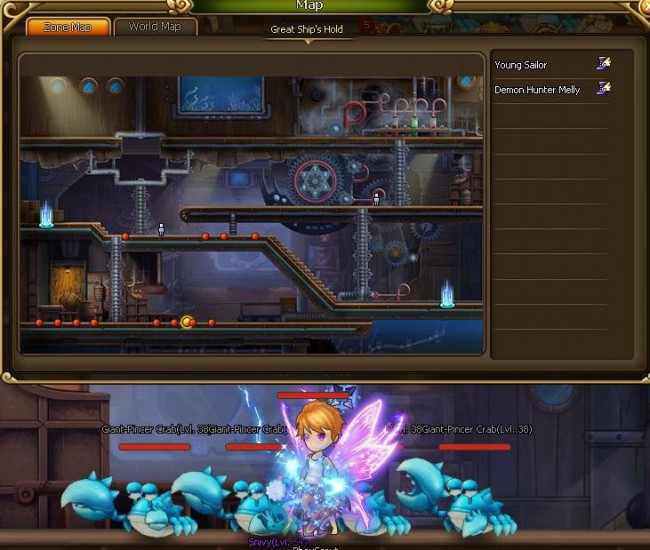 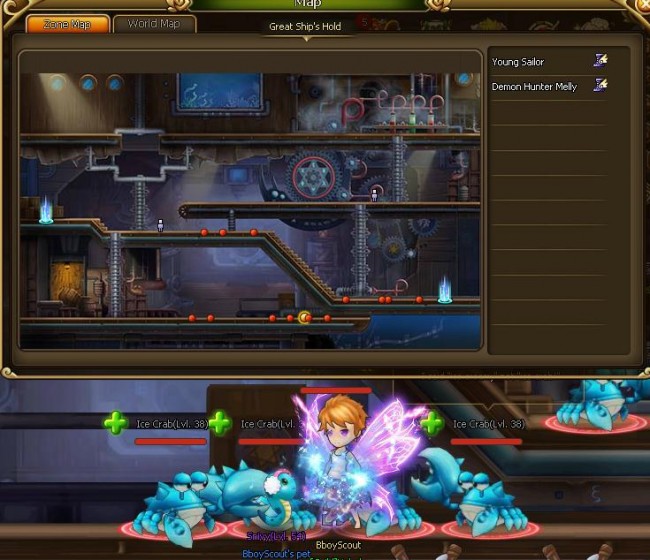 Remember, it does not have to be these areas, just an area you can 1 hit kill that’s also in the rules of combo.

Strategy
-First off, DO NOT USE WHIRLWIND COMBO, there is a delay in the damaging when you start the skill and when you reach 800 combo, that delay is about the length of the time you have to keep going.
-For the first 700 combos, you can use Blazing Strike, because there is a chance you can’t 1 hit kill with your normal attack.
-If you plan on using New Moon Blade, remember that since the update, the cooldown for it has increased.
-However, when you get to 800 combo, you have to rely less on these skills because the cooldown on these skills will mess up your flow.
-Center yourself between the 4 mobs, so that there will be 2 on both side.
-For the first 700 combos, you will want to take out 2 mobs at a time, and yes, you will have to move so that means NO AFK MODE and NO BEING LAZY.
-Since you are moving, the risk of losing combo is high cause in the time you moved, you could lose the combo. That’s why you must experiment with the movement and attacking, I cannot tell you how much to move.
-When you reach 800 combos, you should be able to 1 hit kill with normal attacking, if not, that means the mobs you are fighting is too strong for you to combo.
-At this point, you must kill 1 at a time, because the spawning might mess up a little and attacking 1 at a time gives more time for spawning.
VERY CRUCIAL
-You must practice this, you will fail without practice, the only way a warrior can do this is move since again, like my other guide, we have terrible range. So practice moving as much to attack one but not the other, than attack the second one. You will do the same thing with the other side. Rinse and repeat and hope that your computer does not freeze on you and the monsters spawn does not delay.

THIS IS NOT A FOOLPROOF GUIDE, THERE WILL BE FAILURE BUT YOU HAVE TO TRY, TRY AGAIN.

You will need extreme patience for this.