Hey guys, My IGN is Aeris and I currently play on server 17 (Swordsmen’s Fields) and some of you are probably reading this because you have nothing better to do, have hit a wall with your combo building or others for the curiosity of why you need a combo so high. Well let me explain the benefits.

Ok , so it really only increases your damage. However, This is key for advancement in the Star Palace, Nightmare mode (and for lower levels Heroic mode) instances, as well as doing bonus damage to the World bosses which in turn = more silver.

Alright then, so you want to build your combo huhn? The best advice I can give you is to really know your build, play around with it, try different chaining, etc. But if you still can’t figure it out, or need a little help; here’s the best way that works for me as an elementalist.

1) Layout your Keyboard shortcuts; This enables you to keep your chain going by pressing your corresponding keys this mode of attack is much faster than AFK’ing.

2) Go to a well populated monster area that you can kill easily such as Mermaid, or Seaweed areas. Note: You MUST be within 10 levels of the monster you are killing or your kill won’t count towards the combo. 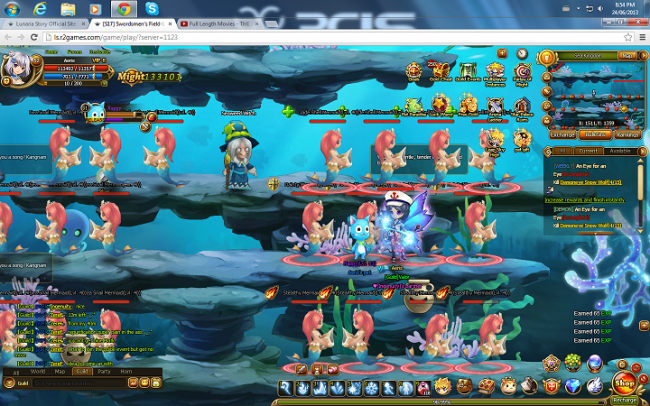 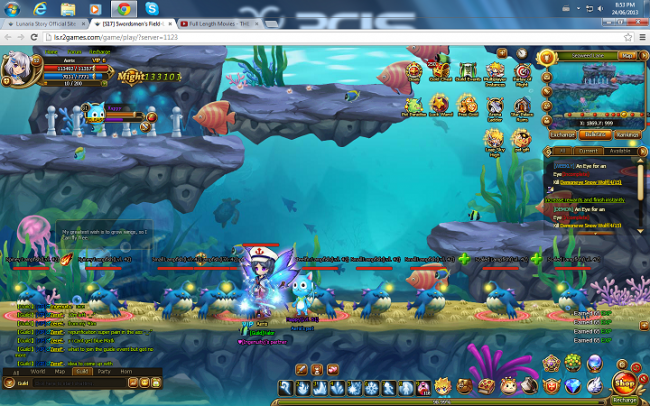 3) Get in the middle of a mob (4 or more is best.)
4) Begin your Combo! Side Note: Afk works to a point, in my experience to nearly 700 or so. But this also depends on who is around you trying to build their combo’s or fulfilling a quest, if you can one shot etc… This is why it’s best not to AFK when building your combo.

A note about the Combo Bar: You’ll notice as your combo begins to grow, your bar begins to look like its depleting (emptying) faster. That’s because it is. Once you begin your combo, your % of damage will increase every 100 kills after your first kill. So at 101, 201, 301 and so on. At the earlier levels of combo >201 kills, your bar empties quite slowly, almost painfully so. So most players don’t have an issue getting to the 20-25% (301-401 kills) area. But you’ll notice, once you get to the later stages of 35% you’ll have less time in case of a mistake to get the extra kill. This is where your minutes of preparation and foreward thinking will come in handy. Once you reach 701 kills, your bar depletes in 2 seconds, and at 801 you have just over a second to kill things. This is the hair pulling moment, where you must face your inner demons and say: “Yes I can!” And get those elusive kills with your super awesome training.

So you’re ready to start the combo! Great! This is the way I can (on most tries) get to 900 ish. Again, play with your build. This works best for me, it may not work that well for you.

1) Explosive Fireball (This is your strongest attack, and its 2 shots, clears out the mobs well.)
2) Walk 1-2 steps forward and cast Meteor. Anything that’s within its range gets hit.
3) Turn around, and cast lightning. Another mass hit, in my experience can clear up to 5 monsters at once and it does decent damage.
4) Now that Explosive fireball is finished its cool down, turn around and throw another fireball thus starting the series again. Repeat steps 1-4 until you get to 900+!

Ok, before you run me off the planet for the following combo photo, BEAR WITH ME. Once you get to 801, the cooldown bar empties rapidly, and I took the photo at that time so I could continue my combo properly. 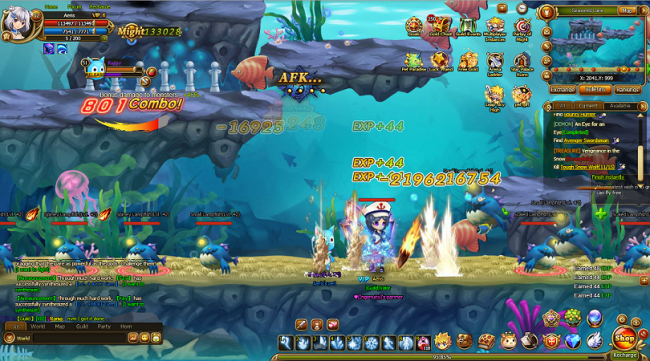 Lets Review: Explosive Fireball, followed by meteor shower, then Lightning. These three are able to loop in that order very efficiently due to the cooldown times they provide. Now please note, you have 2 back up attacks that you can use if needed. (if you are a little fast with your button mashing) Use Ice barbs as an Area of Effect attack for the quick kills but be warned, it has a much longer cooldown rate, or Normal attack if you need the extra one kill or second of cooldown.

Don’t get discouraged if you combo breaks in the 800’s, it’s still a great boost. Keep playing around, and before you know it you’ll get your 900 combo. My personal best is 903, (Not in Slasher king, that one nut I can’t seem to crack yet.)

Well, that’s all I have for now! Now that you have your combo, go out and beat up on some baddies, and get your spoils of hard work!

Have fun and keep kickin butt!