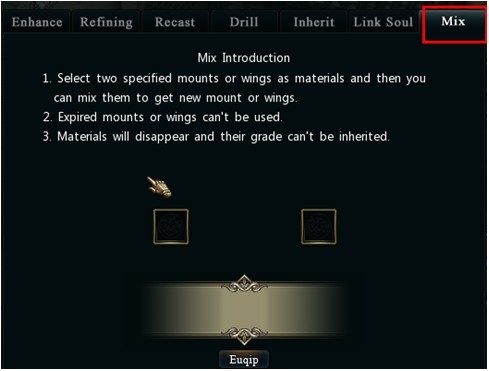 Select two wings (forever) to put into the slots, then select button to start mix. 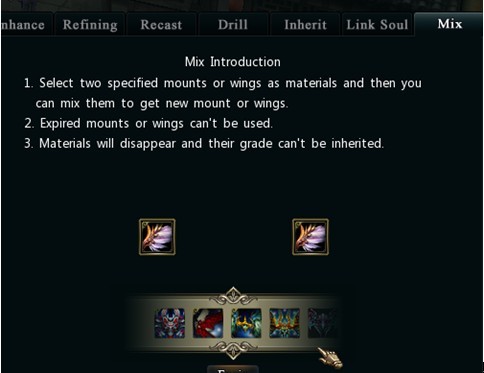 Material Groups: there are 4 groups of wings. Using two wings from the same group can get wings from higher group.
For example, use “Wing of Feather” + “Wing of Sickle” (both from group 1) may get wings from Groups (1 or 2) 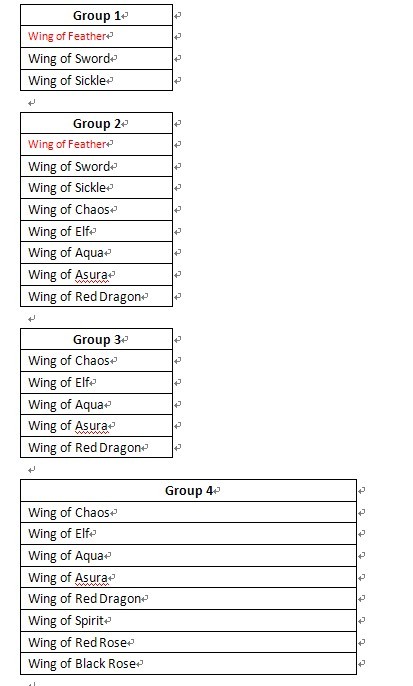 How to get a forever wing?

Need to get Wing Fragments and Wing formula for crafting/forging a wing (Relate NPC Blacksmith Zachary). You have two ways to obtain wing fragments and formula: 1. Farm in Chaos tower. The boss there will drop. 2. Get from Honor shop. 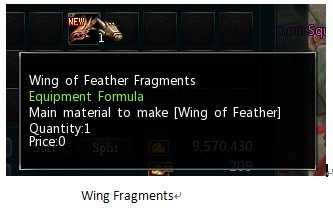 Chaos Tower (locate in Dragon City 53,150 just beside the NPC Kennen. Need to talk to the guards to entry) 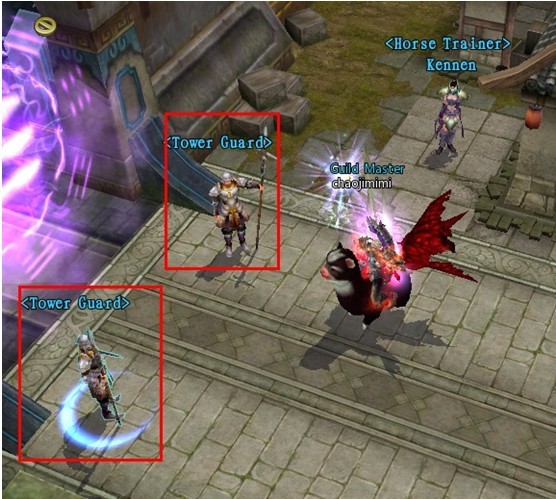 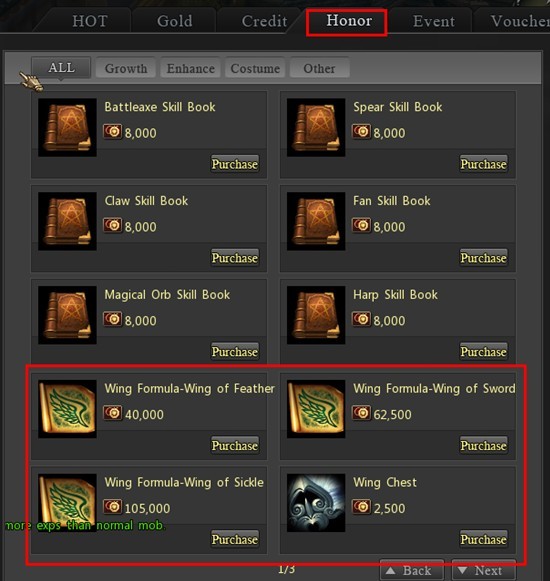 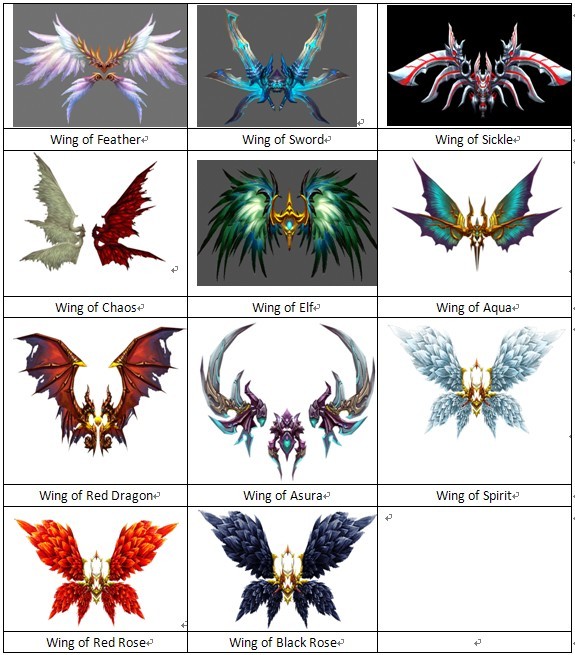