I have a twitch channel @ www.twitch.tv/chainerfails
come check me out and feel free to ask all the questions you want
I also do giveaways of tier 2 (lvl 60 purple) gear every few hours or so.

here is a screen shot of my specs 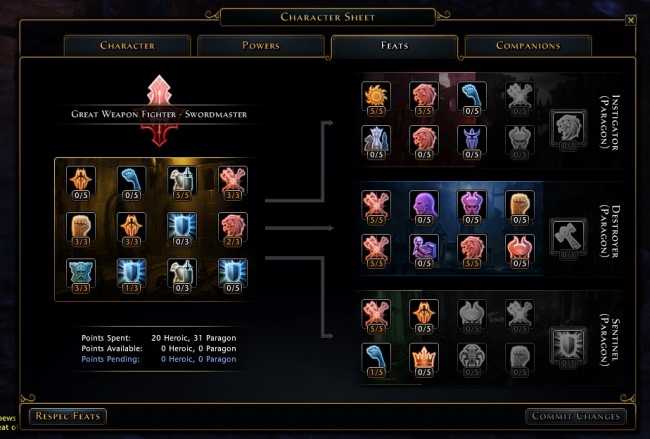 Paragon Feats:
10 Points into instigator (1st Paragon Feat tree)
5 into unstoppable recovery for 5% insta heal when unstoppable
*5 into Stunning Flourish 5% extra crit chance and 1 second stun on last hit witch is key to this build
stunning flourishh allows you to be able to use takedown right after w/o having to worry about your target evading it.
also gives you enough time to get to your target if there was a distance created between you and target when flourishh was used by sprint into takedown

Passives:
Weapon Master (because of Crit Chance increase)
can also use Bravery instead of Weapon Master for 15% move speed and deflect.
*Steel Grace is key for 30% cc duration reduction

Rotations and Play style:
Start by getting in close(5-10 yards) in case the enemy moves while you start out with Flourish.

Regular Rotation:
Flourish > Takedown (immediately after Flourish wile target is stunned and cant avoid it) > indomitable Battle Strike (immediately)
This rotation has the ability to completely take down single targets by yourself

For stunlock kill you have your daily:
Start with the regular rotation and follow up with a Crescendo. Make sure you have Unstoppable up when you use Crescendo though. Almost guaranteed to take down your enemy of low defense from 100% hp > dead!!

This build is not an offensive tank. Play style is rather similar to a rogue where you run in, burst damage for a kill, run out behind your back lines, at this point either wait for your cool downs to refresh and run back in and go for another kill or go for a heal pot. A lot of the time it is not worth it to stay in the middle of a fight auto attacking doing minimal damage while taking a ton of damage as an easy target for ranged to safely nuke from a distance. the gwfs position the battlefield is mainly mid field protecting your teams squishies/healers from rouges and cws, it is important to not overextend and chase your targets into your enemies back lines as you are not a tank and are rather squishy. if you pressure someone enough to get them to run away from the fight at 10-20% health sometimes its better to let them run away and turn around to help the mid field and hopping on another priority target. Kills aren’t always everything, the important thing is to win the game

Oh ps!!!!!
Very nice tip to anyone who gave this a read

When you 1v1 a melee, after you go thru your encounter rotation, use sprint and create distance to stall damage.
what this will do is allow you to take minimal damage while waiting for your cds
almost every class is going to out dps you if your spaming your at will and sitting still alowing them to dump all the numbers they want on you.

anyways thanks for giving my guide a read and if this helped please check out my twitch channel and throw me a follow.