After completing an instance, the player can claim a StarSoul reward, which correlates to their performance score from within the instance. Each instance rewards a maximum of 5 StarSouls. 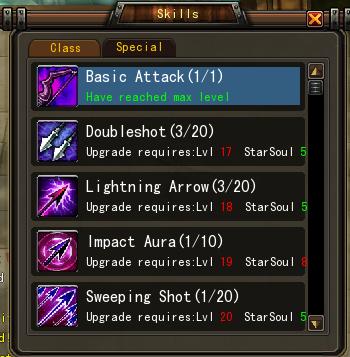 The skill list differs for each class, though Warriors, Rangers and Mages all have skills that are battle skills and supportive skills, in addition to several special skills, such as summoning a mount and recalling to the City of Light. To upgrade certain skills, a player will need to reach a certain level in addition to the player requiring enough StarSouls. In general, each player will gain their first 4 skills automatically as they progress with the main plot.

The special skills that every class has are Town Portal and summoning mounts. Clicking theTown Portal hotkey will recall a player to the City of Light, which will save a lot of travel time; summoning a mount will increase a player’s speed and attributes (see the Mount System for more details). 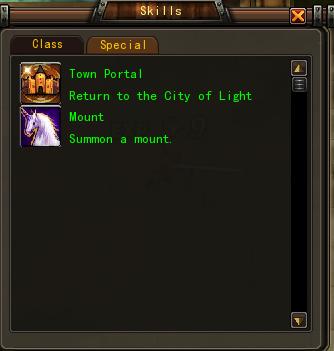