When a player reaches level 15, he or she needs to choose a House to join – a rite of passage for all protectors of the light.  The House determines what kind of players he or she will be, will meet, and befriend, in the quest for game reputation, rewards, and questing.
Once a player chooses a house, it is a permanent alignment that affects future player-versus-player (PvP) combat in zones that are designated for PvP warfare. Alignment will also determine what friends a player can add to his or her friends’ list, and guild roster.
Because it is not possible for a player to switch alignments, it is recommended that a player familiarize himself or herself with what philosophies each House represents, in order to join with like-minded individuals.

When a player reaches level 15, they must swear fealty to one of the Great Houses, from which they will receive work,resources, support, and social opportunities.  He or she will pledge to live by the House’s moral codes, to uphold the name, and to assist in whatever way they can by either carrying out the House’s duties, or fighting for the House’s honor.
There are three Great Houses of the City of Light: House Levidis, House Kalgeris, and House Vendramin.  Each house has its own philosophies and creeds, and each player is encouraged to choose a House that most closely represents his or her own ideas, to follow, and to pass unto others in the world.
The Great Houses have a long history, dating back hundreds of years before the Great Betrayal.  However, their creeds are still upheld in times of war.
Those from House Levidis believe that slaying opponents is for the greater good of the City of Light and its people; members of House Kalgeris slay opponents to protect and defend the City of Light; and, those from House Vendramin will slay an opponent because of a strategic advantage. 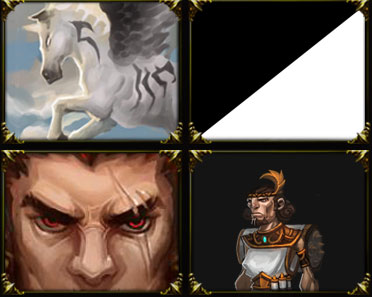 The legacy of House Levidis boasts individuals of great wisdom,and its members are regarded as calm, enduring, and intelligent.
Those who swear fealty to this house pledge to uphold the Encompassing Gaze, their creed, which is a vow to always keep the best interests of the city in mind, at all times, and to always look at the big picture, as though from the back of a graceful Pegasus, high above.

Sigil: Pegasus of the Sky

Creed: Encompassing Gaze – A vow to keep the best interests
of the city in mind, at all times, and always to be vigilant of
the grand scale of a situation. 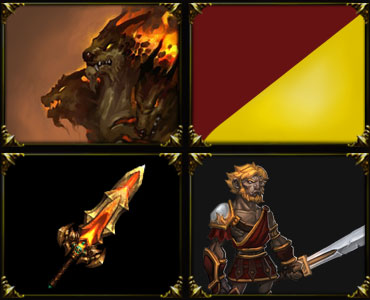 Honor, family, and ferocity are the badges of pride in House Kalgeris.  Members of this house take up the creed, Watchful Blade.  They forge and protect the city’s future, maintaining its industry, and manning the city guard.  They seek to watch over the city with such strength, alertness and awareness, that it would be as though they each had three heads, like the fabled
Cerberus, from which they derive their sigil.

Sigil: Cerberus of the Flame

Creed: Watchful Blade – To seek, and watch over the city
with strength and alertness, as though one were to have
three heads like the fabled Cerberus. 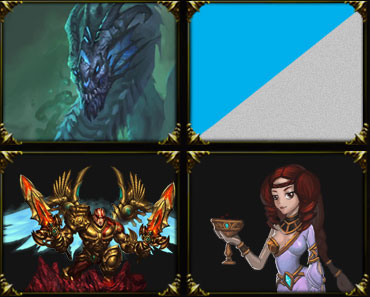 The members of House Vendramin prize cleverness, wit, and sharp minds.  They are always aware of their situation, and have many contingency plans in place for anything that might go wrong.  If you cut off one of the Hydra’s heads, two more grow back, and, likewise, it is also so with any hindrance to a Vendramin plan.  Regarded as the best strategists and most reliable thinkers, they are, however, the least reputable house.  Ages of being associated with working behind the scenes and carrying out multiple plans to execute an action have led people to sometimes call them “many faced serpents,” a reference to the Hydra, and also to the fact that some view House Vendramin as untrustworthy, since many view them as being a bit too cunning.

Sigil: Hydra of the Ocean