The video shows everything that needs to be build to make Silent Night…rather easy, actually. It’s much more relaxed than Winter Wonderland for sure, though it may take longer. The DU order in the video is always the same; the minions are placed according to which trees are active at what times. As a tree becomes active, set the minions shown around it.

Boss wave isn’t hard. Monk+Barb makes it a joke, Monk can solo, any boosted DPS character should do fine. ALWAYS kill santabarb first, he’s the only one that can actually do anything to the minions. 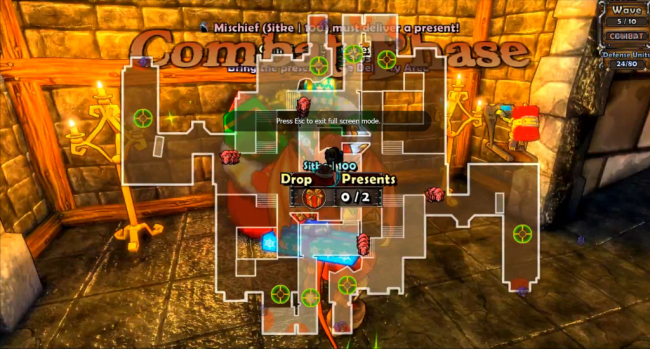 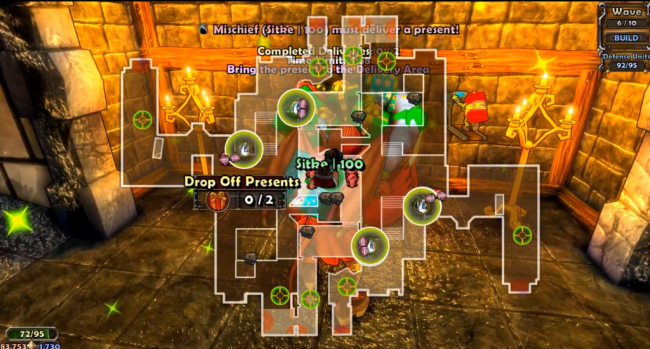 After wave 3 Build Phase (trees on wave 2 were West and South): 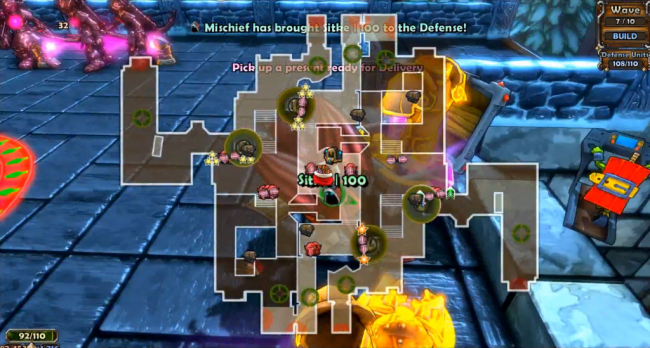 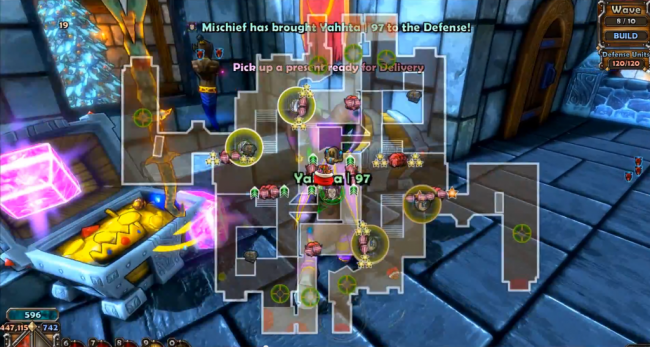 Note that the harpoons shown in the video are completely optional, just a safety net against wyverns. Without them, final count is 116 DU and 112 MU, you can do whatever you want with the extras. Mage minions might help if your minion health is low. Transfer your best gear to your summoner and aura monk for this if you’re afraid your stats are too low. If you can do Winter Wonderland, you can do this. Good luck!