Sidenote: I advice using another means to make money if you’re lazy. This is pretty simple but long and I can bet most of you are too lazy to do it, but my guild mates wanted it so here it is.

2 accounts (at the least) on the same Server (It’s allowed now, kthx)
Knight character(s) (Priests might work but I figure they would roughly be the same)
Best HP Potions you can afford to buy
HP Orb(s) to be safe
Patience

What you have to do:

1) It’s pretty simple really. Create a new account and create a Knight. The goal here is to create a level 30 Tank. This means increasing nothing but your Endurance with your Attribute points.

2) At level 4, obtain the Earth’s Blessing Skill (Protection Tree) and take it to level 1 (Has to be done for the Quest, anyway). Quest until you reach level 10 and increase Valiant Slash (Retribution Tree) to level 4. At level 12 increase Valiant Slash to level 5 and begin questing again until level 20. While leveling to 20 increase Earth’s Blessing to level 5 and then begin the slow leveling until you reach level 30. At level 30 it’s time to increase Saber Slash to level 5. 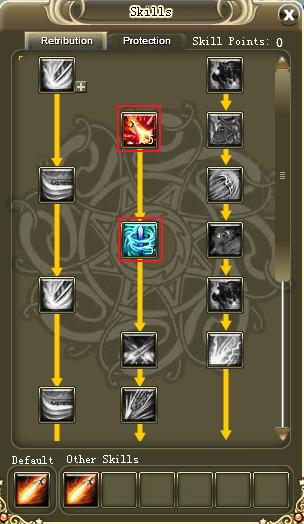 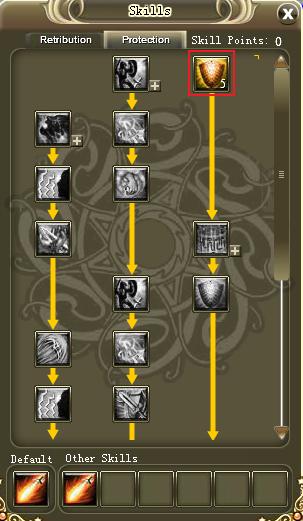 3) Now, after you’ve set your skills and your attribute points, you can either choose to upgrade your armor to as best as you can (you can now get the level 30 shield if you wish) and you’re done. All that’s needed to do now is head on over to Indigo Blight.

Recommended Pets:
Morphed Bear Cub: These can have up to 29% Absorption, which helps a lot with damage reduction
Vulture: These pets can have decent healing spells, which will save you on a lot of Potions and HP Orbs
There’s always the option of Cash Pets, but the point of this is to make money, not spend it, but if you want Cash pets then I suggest a Teeka for this since it can do decent damage and heal you pretty well.

Recommended Mount *recommended by 18eities*:
Scorpion or higher: These mounts allow you to ride them while you’re fighting, giving you bonuses and such and making the run easier but they can cost quite a lot to make. Though, the Scorpion pays for itself with the quest that gives 20 Wings.

3.5) An optional thing you could do is create a Priest, get it to level 10 and put all your skill points into the Defense Buff, log it in next to your Knight and buff its defences before sending said Knight inside.

4) **You can skip this if you know about Indigo Blight** Click the “3. Dungeon” tab at the top, click on Indigo Blight and then click on the NPC’s name. (NPC: [Monikov the Dream Master-Himeng]) This will take you to the NPC which teleports you to Indigo Blight and starts the usual conversation. Make sure you dismount and create a Party before entering.

5) After entering Indigo Blight, open up the map and click on the square, indicated on this screenshot: 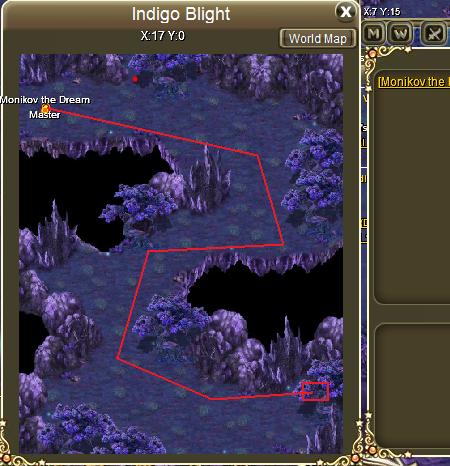 After your character reaches here either 1 of 2 things will have happened.

Either way, now all you have to do is attack the boss and make sure not to get attacked by any other monsters by taking the Boss back to the Trees. (Remember to turn other monsters off in the AFK Window if you plan on AFK Moding the boss.)

6) The Saber Slash is your main attack now. If you have put all your attribute points into Endurance and you have found armor around your level you should have roughly 400-500 Pdef by now. With this, the boss deals roughly 300-400 with a normal attack.

It takes some time to kill him so while you’re doing this you could be grinding/farming on your main character or **read part 8**.

Do NOT just spam HP Potions. This results in spending more money on Potions. I advice using HP Orbs + some HP Potions and letting your characters collect Coupons and spending them on HP Orbs. Since you aren’t going to be leveling these characters, there’s no need for EXP Tokens and AFK Cards.

7) After you’ve killed the boss, this is what you’re looking for: 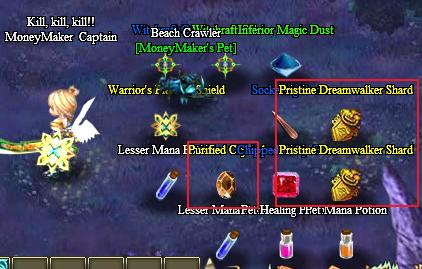 8) Now, you might think that 5 per day isn’t that great. It isn’t too bad but, yes, it isn’t great. Now what you do is create another 2 Knights and do the exact same thing (this is where patience comes in). That means you’ll get 15 per day. Then, if you’re really patient, you can create another account and do the same thing. That means you’ll get 30 per day. This either results in a tonne of Gold or your own way of gaining enough Purified Crystals which you can trade to your main.

9) While you’re using your characters to fight this boss you can be using your main to gain money in other places. Usually, I can gain roughly 30g per day just from my main but I have 3 accounts of level 30 Knights. That means I get roughly 45 Purified Crystals per day. I used to sell them at 30s each, so I got an extra 13g and 50s per day from selling them and another rough 1-4g, depending on the other drops from the bosses. Now, I sell them for 1g, which means an extra 45g per day plus extra drop sales! I’ve seen them selling for 2-3g, but I’m not too greedy, kthx.

This is a very, very long way to do it and takes a lot of patience, but it’s worth it in the end. It barely takes any time to finish all your runs (unless you have a lot of Knights) and you can AFK kill the boss while you go do something else or level on your main.

If you ever get bored of spamming Indigo, you can always level them all up again until they can solo/duo Hard/NM.

Hard/NM might be a little hard as a Tank, as the bosses use Magic Attacks (meaning your Pdef is pretty useless) so maybe Int Priests would be better for these. Just follow the same rules as for Indigo and you’ll get the same results. Though, you can farm Wings and Mounts in these dungeons too.

Sidenote: It’s always a good idea to keep your money spread out between your characters. xD I had roughly 45 Platinum from selling unused Cash items and such and kept getting spammed by beggars so I spread it out between all my characters now.