Note: The actual Combo-Guide can be found between the red lines. Text between the green lines contains training tips or additional information not necessarily related to the guide. The rest is the story about CombomanJoe, which I made up for the purpose of providing screenshots and getting a little entertaining touch into a dull, yet complex topic.

First we’ll need a newb – any volunteers? ….. Anyone?!
Ah, there we’ve got a perfect guy. He’s still quite much of a baby, staying where it’s warm so he can feel comfortable. Come here Joe – today we’ll turn you into a real CombomanJoe. 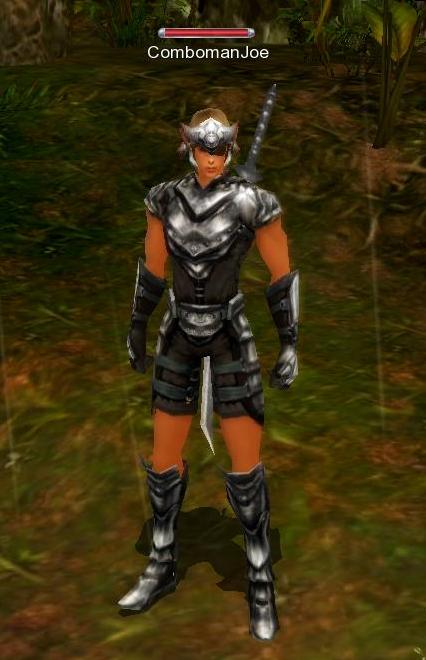 …and don’t look at me like that. It’s not gonna hurt….much hehe.

Now imagine a triangle. Just any triangle will work. What did you learn about triangles in school? Right, the inner angles sum up to 180° (not important for us) and the sum of the length of the 2 shorter sides is always bigger than the length of the long side. In case of combo-ing: The cast time of 2 skills must always be longer than the cooldown time (CDT) of the 3rd! This is VERY important if you don’t want your combos to end due to an unfinished downtime, so the right selection of skills and the right distribution of skillpoints is vital! This also applies if you are going to combo with 4 different skills. Cast time of 3 > CDT of 4th. At last you will need some SP. (Skill Power? I don’t know

Let’s check back with our little lady. He has gathered some SP already – that’s the yellow bar. Once it’s full the bar gets emptied and one of the 5 dots next to it lights up. (1 dot = 5000SP)
Activating the Combo skill will drain 500SP.

So…how’s the combo-ing, huh? As expected it isn’t any good at all.

When the colored bar is between those 2 lines you should hit one of the hotkeys where your skills are lying. If you did it right it’ll look like this:

If you did it (almost) perfect it’ll look like this:

How is your combo-ing now? 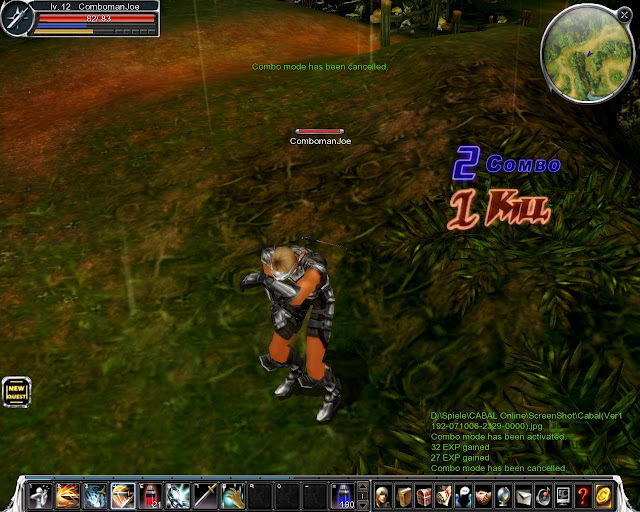 Maybe it’s time to find an experienced mentor for you, and I have an idea who could be your mentor already. 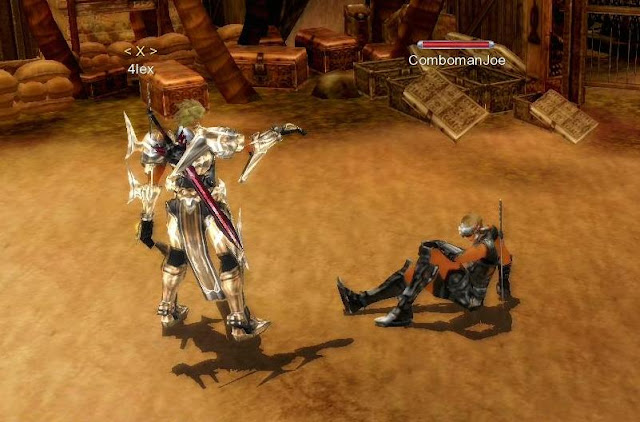 With an armour like that he won’t have to prove his experience to anyone.

Now sit still and let him have a look your setup of skills.

As you can see he has 3 skills already, but he didn’t listen when I talked about cast- and CD times. The first 2 skills’ cast times add up to 3.1seconds and that’s less than the 3.6seconds CDT of the 3rd skill. It can’t work like that. Once Power Stab is at lvl 3 it’ll have a CDT of 3.0seconds. Everything fits then.

The mentor surely knows what he’s talking about. He teaches our little loser another vital fact about combos. Focus multitasking – the ability to fight a monster while focusing on another.
He tries to listen carefully, but as a warrior he’s not one of the smart guys. –Big buffs, no brains!-

Poor CombomanJoe, it’s all a bit too much for him and trying to remember all the things he learned don’t seem to work well in practise. But at least he succeeded using the Focus Multitasking. The rest will come all on its own just by using the combo skill now and then and finding suitable monsters to use it on. 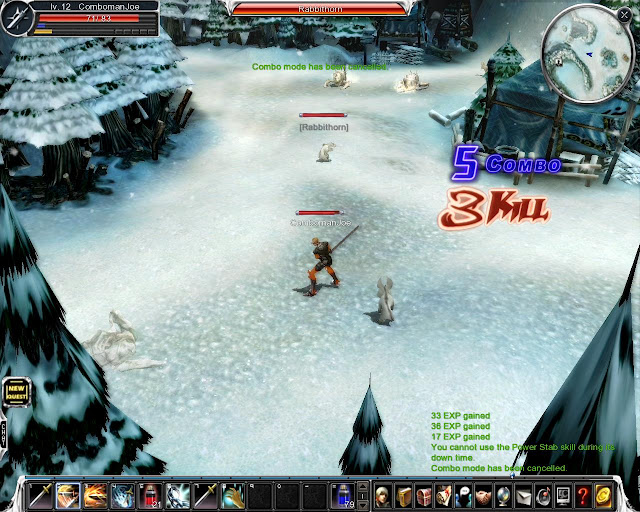 I hope you had at least a little fun reading it and remember some of it later, because after all it’s not just stylish, but people near you will get a message whenever you chained up 15 or more combos. A big Thanks to 4lex for being mentor!
Good luck and see ya’ll in-game! 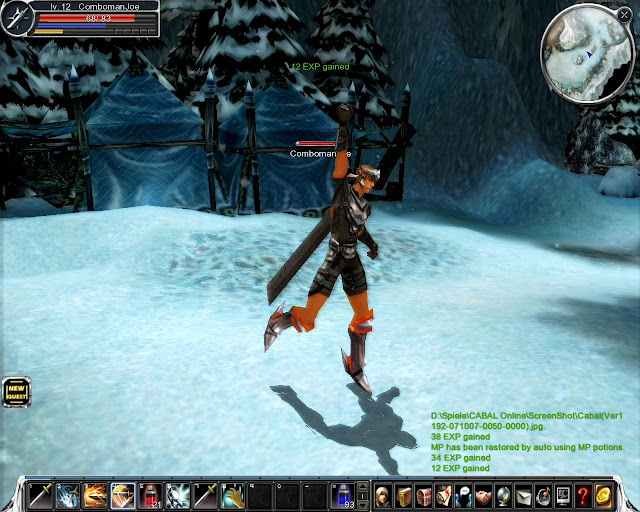 CombomanJoe later died, trying to prove his skills in a duel with his former mentor….

Reactivating support skills during combos: Certain support skills can be reactivated without breaking the combo. Therefor wait until you are walking to a new monster and activate the support skill, just like you were going to stop the combo (above). You can do this several times, but you need to activate a normal attack skill each time, before trying to reactivate a support skill.