Labyrinth Introduction
Labyrinth is a 4-floor maze, where you can both level and obtain mets (from Diamond) and sometimes rare valuable items.
There are different monsters on each level of the Labyrinth, some of which drop tokens which grant you access to the next level.
Since it is a Labyrinth, you will not be able to resort to the mini-map inside, but I have something here to help you.

What is the labyrinth?
The Labyrinth, or more commonly known as labby or lab, is a place where trojans warriors and archers can level up real fast. There are four levels to it, and to enter each additional level, a token is needed. The token can be found on the level before the level you are trying to get into.
To get in you will need:
lab lv1: 2000VP
lab lv2: SkyToken
lab lv3: EarthToken
lab lv4: SoulToken

Where to get VP’s & tokens:
VP can be obtained by plving noobs that are atleast 20 levels lower than you (insure they are under lvl 70).
Best & quickest way to get VP’s is to get a nub char lvl 65-70 at 99 exp then pwlvl him/her until it lvl’s then get the nub char to attack you & kill it while its flashing blue then you get to do pwlvl that lvl again from about 99 exp, this will take you about 5 mins to get your 2000 VP’s
Tokens can be purchased from other players. Secial Lab Monsters (the magic attacking ones) drop them too.

I am lost in the lab, what do i do now?
Keep trying to go towards the south east, eventually you will see a general, who can teleport you back to TC.

Monsters of Labyrinth:
In Lab1, there are slingers (lvl 105) and GoldGhosts (lvl 108). Goldghosts drop SkyTokens which you can give to an NPC in lab1, resulting in him taking you to Lab2. Slingers drop Sun Diamonds.

In Lab2, there are Bladelings (lvl 110) and Agilerats (lvl 112).
Agilerats drop earth tokens which take you to lab3. Beware, though, they are magic monsters, and it may be wiser to buy the token from somebody else in market. Bladelings drop Moon Diamonds.

In Lab3, there are BlueBirds (lvl 115) and FiendBats (lvl 117).
Fiend bats drop SoulTokens which take you to the last level of Labyrinth.
FiendBats do a lot of magic damage however, so you need to be careful while hunting them. BlueBirds drop Star Diamonds.

In Lab4, there are Minotaurs (lvl 120). Minotaurs drop Cloud Diamonds.

Lab Bosses:
In addition to these normal monsters, each floor of labyrinth has a boss.

Syren is one of the very few monsters in the game who remains white-named after lvl 127.

Boss Drops:
Bosses will either drop an item, or they will drop a box (Lab1 = Sunbox, Lab2 = Moonbox, Lab3 = Starbox, Lab4 = Cloudbox). It is NOT true that all boxes contain a soc item.
These bosses can occasionally drop socketed equipment, unique items, ref gems & even a DB.
Lab bosses spawn 12 or 24 hours after they were last killed or after server main (not too sure on this im still trying to find out).

OK thats all I have, I hope this helps as it has taken over a week in the Lab & a lot of help to complete.

Thanks:
Taken some reference from an old post made by HTAPAWASOv2.0 & would like to send some thanks that way.
I originally started a thread to find out what items people were getting from lab bosses to help with this info, also have made some edits with info given to me after posting &
would like to thank the following:

My in-game friends who helped do not come on this forum but to the few that helped, you know who you are & Thanks guys………oh & thanks Basilky for the OLD screeny of Talon 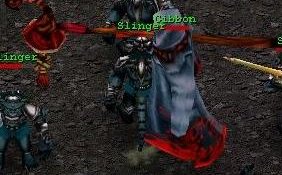 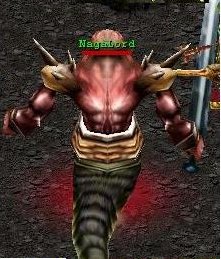